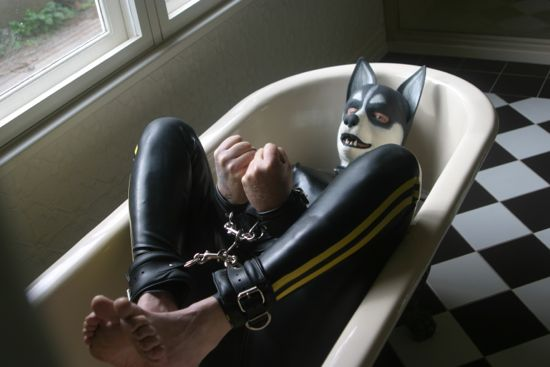 
“I can’t tonight.” He tried to cry off for the third time.  “The office is insane. I have two TPS reports to file and three more cases to log and delegate. They are working me like a dog.”  If it hadn’t been for the soft fit of giggles in the background I might have believed him.  If he hadn’t told me the same sob story the past three nights he blew off our date, I may have considered he was telling me the truth. But he wasn’t. He was a fucking liar.

“Ok, hun.” I forced a disappointed twitch to my voice. “I was sort of hoping…well…I’ve been reading…” I turned on my saucy tone to hook him.

Jake had been bothering me for months to let him stick his dick in my ass. “Oh?” I could hear his ears perk at the implication of my words. “And?”
“Well…I was sort of hoping we could…well…” I was performing so well, my cheeks actually blushed. “I was hoping we could give those plugs you bought a try.” I fondled the bag that held my toys for the evening, if he would get to my apartment.

“Oh…okay…You know…I can probably file these reports in the morning. I won’t be able to spend the night, I”ll have to get to work early tomorrow.”

While I waited for the laying ass, I laid out my toys in the bedroom.  I wanted everything to go right otherwise there’d be too much struggling and he was quite bigger than me.  By the time he arrived everything was set.

I barely got the door open before he was on me. Nuzzling my neck, biting at my earlobe.  He was in a hurry. Like always.  I don’t know why I even cared enough about his cheating to do anything in retaliation, he was a horrible lover. I suppose it was pride. Fuck him for thinking he could do better than me.

He managed to get my shirt off and was pulling at my nipples in an awkward manner while trying to shimmy himself out of his pants.  I finally shoved him away and finished the job myself.  I left him in the livingroom to complete his work on his clothes while I grabbed the chocolate covered strawberries from the fridge.

“I thought we could have a little snack. Something romantic before we go all kinky.” I grinned at him and gave him a knowing wink.

He checked his watch and shrugged. “Okay.” Hurriedly, he grabbed two strawberries and stuffed them in his mouth.  I was almost grateful that he wouldn’t be putting that mouth on me, He ate pussy the same way.

I put the plate on the table and watched him. The woman at the store had promised it would be quick. And much like his lovemaking, it was.

Once he was passed out, sprawled out like a street corner whore, I picked up his right foot and dragged his naked ass into the bedroom.  I was surprised by  my ability to get him into the latex outfit and tressed up in the tub.